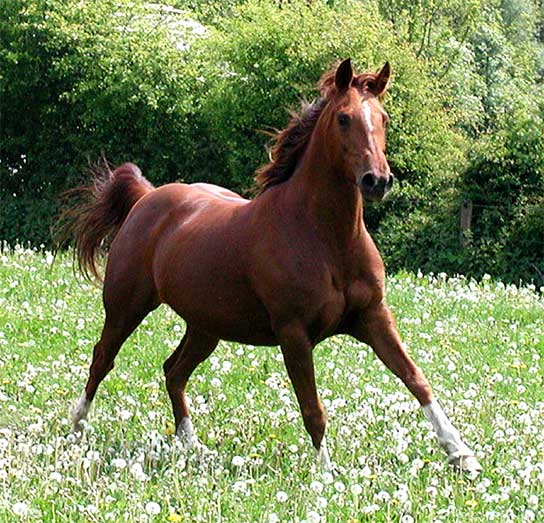 I was pedaling past an open pasture on my bicycle the other day and came across a remarkable sight.

Two horses were standing side-by-side, facing opposite directions, simultaneously scratching each others’ backs. Each was diligently chewing/scraping his teeth along the mid-to-lower back of the other and they both looked like they were about to spout out a satisfied, “Ahhhh!” Mr. Ed style.

And there’s nothing quite as satisfying as a scratched itch, is there?

It was the most clever thing! I almost fell off my bike doing a double-take.

So tell me, did humans make up that old saying, “You scratch my back and I’ll scratch yours,” or did we get that from our creative equine friends?

I suppose I shouldn’t have been so astonished at the ingenuity of these marvelous creatures. My 35-year-old niece, a dedicated horse-woman since childhood, mentioned once that training horses takes 200 repetitions of the desired behavior. And smart horses take longer.

Longer? Why? You’d think it would be the dumber ones that would take longer.

Nope. If you let them get away with doing the task incorrectly after 192 times doing it right (and if they’re smart, they WILL test you), you have to start all over. From scratch. Ground zero.

Come to think of it, we’re not so different than our horsey friends, are we? In trying to replace a bad habit with a better one, we can toe the line and do it perfectly for 192 days straight. We can stick to 1200 daily calories, floss faithfully, read the Bible, or run a mile every morning and think we’ve got it nailed. But somehow, on that 193rd day, for some strange reason we cannot seem to grasp, we sneak an extra Krispie Kreme, or put off buying another roll of floss when we’re out, or read The Hunger Games instead of Genesis, or run two blocks (just today so I don’t get my hair sweaty).

And then it’s much easier to break the new habit the next time. And the next. And before we know it, it’s not a habit at all.

So I guess when we’re creating a new habit, it pays not to fall off the wagon. Even once. Especially a horse-drawn wagon.

What good habits are you trying to form?