Reptiles. The word brings a shudder to some but they’ve actually always fascinated me. 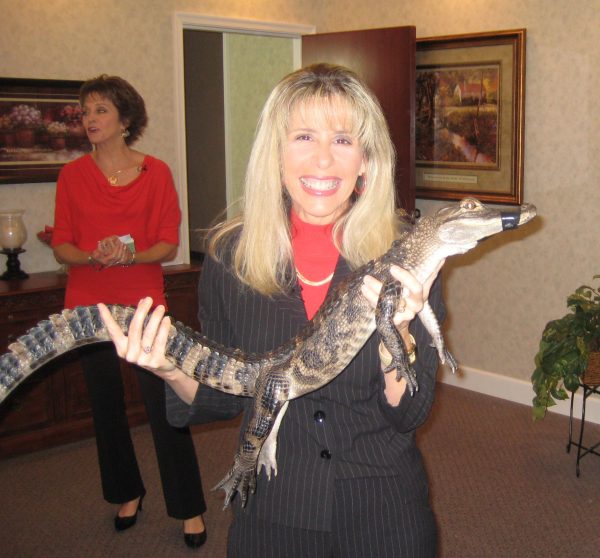 I suppose growing up backdoor to a swamp in north Florida had something to do with that. I have very clear memories of gators in the pond (ducks and small dogs used to disappear back there) and snakes popping up in peculiar places quite often.

I recall racing outside to the neighbor lady’s screams one morning to find her clean laundry strewn all over the yard. Apparently snakes like nothing better than to curl up in a basket of fresh sun-warmed laundry from the clothesline. No dryers in those days!

On my daily treks through the woods it was not uncommon to encounter a large specimen stretched across the path sunning himself. I usually just stepped over them, although I did occasionally bring home the smaller guys forthwith to torture my sister.

Unless they were rattlers or corals or cottonmouth moccasins. With those I hastily beat a retreat in the other direction.

Then there was the time the neighbor boy Robert and I were playing cowboys and indians as 6-year-olds. I was the captured indian, so he tied me to the oak tree in his front yard with a jumprope and then galloped away on his stick horse. My play screams turned real as I caught sight of a coiled rattler about 3 feet away from my bound feet. Robert’s mama dashed out of the house and beat it to a pulp with a shovel.

I still have nightmares about that one.

When I got the chance to cavort with the cute little gator in the picture (at the TV45 studio in Orlando, compliments of the Gator Crusader, Michael Isaacs) I was thrilled. Felt like old home week at the reptile farm.

At age 3, he seemed an especially calm gator, and I knew Michael had taken him on “tour” for the past year with his ministry, so I asked him what would happen if the duct tape was removed from his pointy little snout. (The gator, not Michael.)

“Why, he’d chew your arm to rawhide,” he replied with a smile.

Swell. Suddenly he didn’t seem so cute. (The gator; Michael was still a cutie – an American version of the late great Steve Irwin.)

My wrists and ankles began feeling warm and itchy, like they had when tied to that oak tree long ago and far away. Watercolor memories … Where’s a good shovel when you need one?