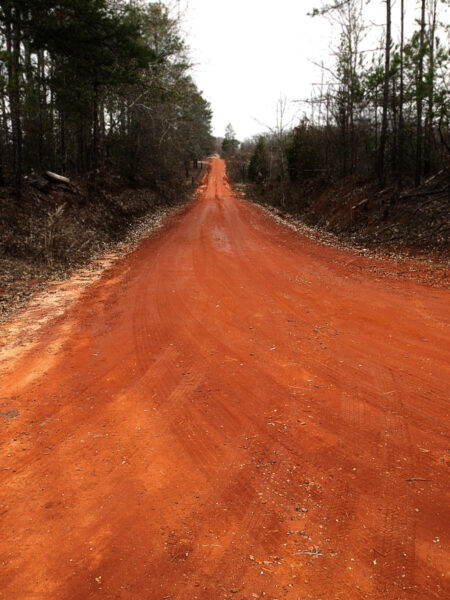 Okay, since I heard from many of you that you’d like to hear more of my homespun heritage after last week’s post about my clay-colored roots (life in rural Georgia in the 1960s – be sure to scroll back and read it if you haven’t), I’ll follow up this week with one more ditty about good ole great-Aunt EE (pronounced “Ain’t EE”). She was what everyone called “a real character,” which means that nobody could tell which of her multiple characters she’d manifest at any given moment.

Aunt EE was truly an enigma. With a face like an aging bulldog and a temperament to match, she was perpetually in a tussle with the county over one thing or another. If it wasn’t the outhouse, it was the rusting Studebaker enveloped by weeds in the front yard, or the broken down well inhabited by a variety of creepy critters.

By appearances, Aunt EE was big, scary, and rough as a corncob, but if she took to you, her snaggletooth grin would make your insides feel like a marshmallow toasted over a campfire.

She generally seemed to like us kids, but Aunt EE was full of surprises too. Once, my obnoxious cousin Howard wouldn’t stop whining when my ornery cousin Larry chucked his PF Flyers in the mud hole. Aunt EE gave Howard a pinch of snuff and told him it was licorice gum, just to shut him up. Put a muzzle on him all right. Nothing could be heard but retching from the back stoop for the next half-hour.

We all kept a sharp eye on our gum intake after that.

Aunt EE was so “stove up” with “the rheumatiz,” she subsisted in a big rocking chair by the pot-bellied, wood-burning stove that constantly belched out warmth in the center of EE’s ramshackle store during cold weather. Every customer who ventured inside for a can of soup or a jug of milk was expected to stand by the stove for a spell. With hands outstretched or backside protruded (whichever needed thawing most), they’d catch Aunt EE up on the local gossip before laying their coins on top of the ancient cash register. EE rarely counted their money and ran her little business by the honor system.

More often than not, I’d see her silently gesture to some poor soul who’d come in without enough to pay for their tea bags or can of beans, indicating that payment could be postponed until later. Even as a child, I knew that later would never come for many of those struggling country folk.

Folks always left Aunt EE’s store walking a little taller than when they came in because they’d been treated with dignity and respect. On face value, you’d never peg Aunt EE as a compassionate person, But sure enough, burrowed beneath layers of red clay and mulishness was a warm heart that’d melt a stab of oleo.

Still today I think about the lesson I learned from Aunt EE early on about “judging a book by its cover.” Just yesterday I encountered a blunt, rude paralegal from the west coast on the phone while trying to take care of a bit of business. I immediately began jumping to judgmental conclusions about this unpleasant women and was sorely tempted to retaliate with the same nasty, impatient attitude she was giving me.

But then I remembered Aunt EE and her crusty exterior disguising a soft, squishy center.

Perhaps I should cut her some slack. Maybe this young gal was stove up with the rheumatiz too.

So I shot Papa God a microwave prayer for help in dealing with this EGR (Extra Grace Required) person and responded with as much kindness as I could muster. Interestingly enough, I don’t think the woman knew how to take it. After a long interval of me intentionally NOT taking the snark bait, and her utter frustration more than evident, she suddenly burst out with, “Listen, lady, you just can’t imagine what my day has been like! I’m working from home and my baby’s crying and I have a terrible cold and feel awful and my voice is shot and nobody can understand what I’m saying on the phone and I just want to go back to bed!”

Not exactly professional, I’ll grant you, but certainly from the heart.

She apparently needed a sympathetic ear. Among other things. So I gave it to her and we parted a lot better than we started.

I like to think maybe Aunt EE was looking down, smiling her toothless grin from heaven. And I surely hope Saint Peter confiscated her snuff on her way through the Pearly Gates.

So … got any good childhood memories you’d like to share with your BFFs? We’d love to hear from you!