I did it. Yep. No denying it because I surely blew it. Again. 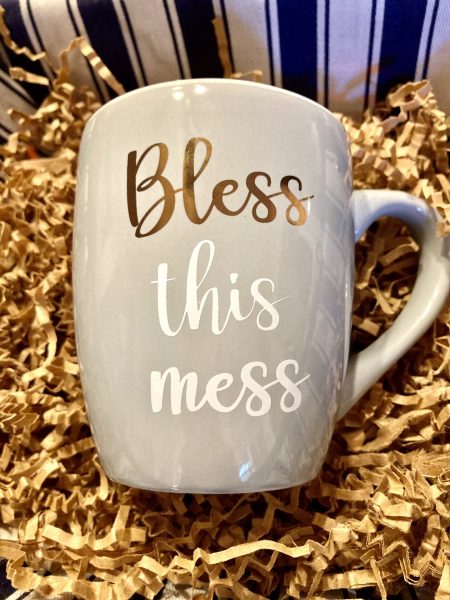 I opened my big mouth when I shouldn’t have and, in the guise of an urgent prayer request, repeated the private need that a dearly loved sister in Christ I’ll call Marnie had confided in me, to someone I was sure would “keep it to yourself,” yet lend her prayers to mine for Papa God’s help in Marnie’s delicate situation.

She actually did keep the lid on it, but that’s not the issue here. I betrayed a confidence. Marnie trusted me and only me with her personal need and I blabbed it to someone else. In all honesty, during the performance of the crime, I thought I was doing what was in Marnie’s best interest (“Where two or three are gathered in my name …”).

But Marnie had not given me permission to share it and it was her story. Not mine. Whether or not the third person told someone else has no bearing on the bottom line. I was wrong.

Convicted of my humongous error almost immediately, I became literally sick over the next few days, horrified by my blabber control issues and writhing in regret and fear that Marnie would never trust me again. And I couldn’t blame her – I didn’t trust me either.

When I confessed my lapse in judgement to Marnie, I felt a dark, thick curtain descend between us. It felt suffocating to my spirit but I knew I deserved it. She was disappointed in me. I love this gal with all my heart, and I’d done the unthinkable. I betrayed her trust. I couldn’t stop crying. Why, oh WHY had I let my rogue tongue get out of control? Was my discernment off surfing waves in Tahiti? 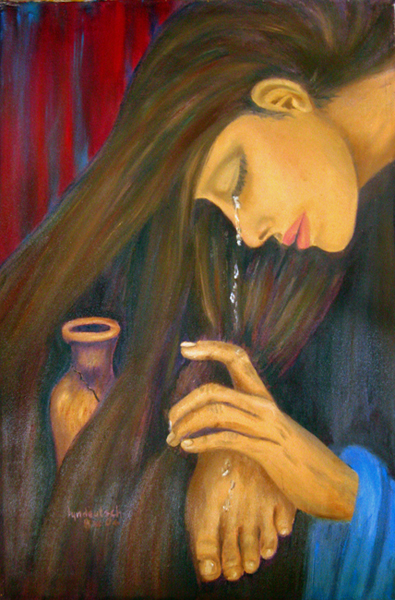 Then someone else came to mind who had dug themselves into the same vile pit of tongue-guilt. In the twenty-first chapter of John, I reread about Simon Peter’s blabber control issues as he denied his relationship with his dearest friend, Jesus. The beloved mentor he’d spent the previous three years with on an everyday, trust-you-implicitly, never-leave-or-forsake you basis. Jesus had fully invested himself into Peter and these guys were bonded with spiritual love-glue.

Yet on the night before Jesus’ crucifixion, Peter declared to three different people that he didn’t even know Jesus. In Luke 22:61, we see that Jesus actually turned and made eye contact with Peter across the courtyard to confirm that he was painfully aware of Peter’s betrayal. The same passage says Peter was T-boned by the sudden realization of his deceit and “wept bitterly.”

Wept bitterly. I so get that. That’s exactly what I did after I betrayed my friend too. For days. I couldn’t seem to shake my haunting failure and move on. Marnie and I continued to interact but something was different. She seemed colder. More stand-offish. Was my intimate relationship with Marnie forever altered? I didn’t know how to redeem myself.

And then I noticed something else important about Peter’s story. Later in John 21:15-17, the newly resurrected Jesus asked Peter three questions to nail down his redemption. Yes, three. And oddly enough, it was the same question with the same answer rephrased three times. The exact same number of times Peter had blurted out his fear-fueled fraud. NOT a coincidence. I believe Jesus wanted to redeem Peter’s double-cross and figured that even sometimes-dimwitted Peter could see the connection with code three.

Jesus was offering Peter redemption for his failure. A do-over. Forgiveness. Relationship restoration. And a fresh start for trust.

I realized that I couldn’t redeem myself … but Jesus could. He had plenty of practice with Peter’s blabber control issues, and the rest of mankind’s too.  Would that include you, my friend? Does your tongue run away from you sometimes? Do you feel like a hopeless failure at reflecting Papa God’s presence through your speech? Does your discernment take a catnap at crucial moments? Instead of lipstick, should you use a glue stick?

Well, the good news is that none of these things disqualify us from receiving redemption. Papa God will gladly forgive you if you ask Him to, and your offended friend likely will too. No guarantees there, but love is thicker than stupidity and you stand a good chance if you grovel. And buy her a crate of Godiva.

But then you have to forgive yourself, LEARN from your mistake, and move forward. For me, that’s the hardest part. I’m sometimes-dimwitted too. But I’m trying. And I just ordered a muzzle to curb my blabber control issues.