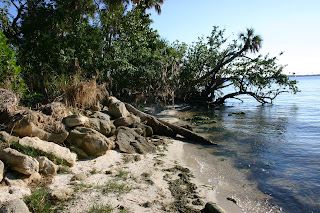 Thou shalt not steal.


Those four simple words echoed through my brain recently when my brand new website was kidnapped and held for ransom.

Naively, I never knew such a thing existed until my longsuffering husband Chuck woke up at 7 a.m. (after working on the website until 2:30 the night before) and logged on to add a few finishing touches.

Instead of his wife’s intricate website he’d spent more than sixty hours pouring his time and energies into, he found a blank screen. Letter by eerie letter, a profanity-laced message appeared stating that the site had been heisted by “Hacker Ali.” If we ever wanted to see it again, we must arrange payment through the French e-dress listed.

It happens more often than many of us realize. Just ask those who’ve had their identity stolen and have been forced, through no fault of their own, to forfeit scads of precious time and money attempting to regain what was rightfully theirs in the first place.

In many cases authorities have no recourse. Our policing technology of online theft has not kept pace with the ingenuity of the bad guys, such as Hacker Ali, who hide behind layers of protective screens and cleverly leave no discernible trail.

Stealing. Taking what is not ours. Why is the eight commandment so widely ignored in our society? Scripture forbidding stealing includes not only Exodus 20:15, but also Leviticus 10:11. And Exodus 22:3 goes even further to say that if thievery occurs, restitution must be made to the extreme of the thief being sold into slavery if redemption of property is not possible.

God takes stealing seriously. And so should we. Even seemingly innocuous, everyone-does-it transgressions like pocketing the extra dollar the clerk mistakenly gave in change, taking office supplies home from work, or fudging on income tax.

Why is it such a big deal? Because stealing dishonors the name of our God (Proverbs 30:9).

Not only is He watching, but often little eyes are soaking up our example of living out real Christianity regardless of social mores that diss integrity and idolize pirates, cool criminals and “gangstas.”

If we don’t live our faith, they won’t.

And that would be the most tragic rip off of all.