So tell me, dearest BBFF (Blessed Blog Friend Forever) – how do you pray for your friends?

Do you (check all that apply):

__ Keep a nonwritten list in your head and heart

Okay, I’ll admit I’ve done all of the above at different times and with various shades of enthusiasm. That last one, though … I think may be becoming hazardous to my health.

It has become my habit to pray for my neighborhood Bible Study girlfriends as I walk by their houses, which is quite often due to my doggie duties. This includes, of course, darkly jaunts – often late at night, before dawn in the early morning, and sometimes even in the wee hours when sleep eludes me. (Don’t you think that term “wee hours” must have been coined by a woman on a 2 am bathroom run?)

If I’m going to be awake, I might as well be productive, right?

I figure nobody’s going to see me anyway so I usually raise my hands (I don’t know why – it just seems like my prayers get shoved to Heaven faster that way) and often pray out loud as I pace back and forth in front of said house. Helps me hold my focus.

We BS peeps hold nothing back from each other during prayer request time at our weekly Bible Studies, so I have quite a litany of details to pray over at each of their houses – broken dishwashers, broken kids, broken marriages, broken bank accounts, broken spirits, broken nails … you get the picture.

So my heart is really in it. I love my girlies.

This Elijah-esque bold prayer ritual usually plays out without incident (since I stopped doing it in my nightgown and hair curlers) but I’ve had an occasional rogue midnight car sneak up behind me and catch me in their headlights. I suppose I do look a little, um, unusual. They may slow down and gawk a bit but so far nobody has called the po-po.

So the other night  about 9 pm I was walking past and past and past (pacing the sidewalk) my girlfriend Pammy’s house with my dog on his leash wondering why he kept encountering the very same pee-bushes over and over. (Dogs on leashes make great disguises, by the way – nobody suspects you of anything sinister when you have a dog on a leash. Remember that the next time you rob a bank.)

Nobody was in sight so yeah, I might have had my hands up and okay, maybe I got a little carried away praying aloud for Pammy’s sweet husband who is battling cancer. I ask you, girlfriend, is chanting a crime?

All of a sudden, the garage door goes up and out marches none other than Pammy’s sweet husband himself. Only he didn’t look too sweet at that moment. He looked very, well, curious about what the crazy woman on the sidewalk obviously casing out his house was doing out there. Had he been watching through a window?

Now sweet husband had only met me twice briefly before, so he had no idea who I was in the dark. And for some reason, it never occurred to me to explain it to him.

Busted! That’s what screamed in my head.

I felt caught red-handed in mid-criminal act. Guilty. Guilty. Guilty. Down went my hands. Shut went my mouth. I dragged the poor dog away from his current bush-of-interest and tried to nonchalantly hustle along the cul-de-sac as if shouting petitions to the Almighty in front of someone’s house was as normal as a bowl of Froot Loops.

As I rounded the corner, I snuck a peek back behind me and noticed Pammy’s sweet husband fiddling with the trash can at the end of his driveway. Awww. Was he trying to make me feel less demented? How very … sweet.

He did throw me a parting glare before he hurried back in and hit the garage door opener, presumably so the weirdie taking her dog for a drag wouldn’t follow him back inside.

Now I don’t know if sweet husband ever learned what shady business was going down that night (I did shoot Pammy a quick text the next day) or how he would’ve viewed the whole thing if he did. But I plan to keep boldly Elijah-praying for him. In the dead of night. But maybe a little quieter.

So if you ever glance out your window on a wee-hour potty run and see a dark shadow pacing back and forth in front of your house, just know someone is loving on you and shoot a smile my way (instead of a gun).

And please, DON’T call the po-po. They already know me by name. 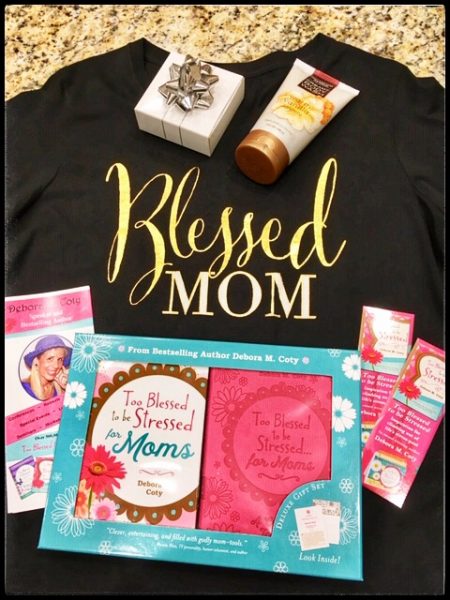 P.S. Be sure to get your entry in for my brand new Mother’s Day Grand Giveaway!  Someone’s gonna win this great prize package including my Too Blessed to be Stressed for Moms gift set PLUS a lovely Blessed Mom tee and some extra surprises – I hope it’s you!