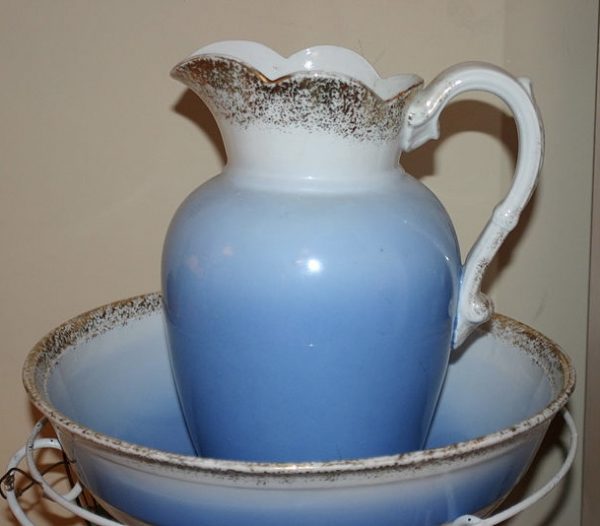 Little pitchers have big ears. My granny used to utter those words while shooting pointed shushing signals to my mother with her rounded eyes and squiggling eyebrows when I’d enter a room. All juicy gossip would suddenly cease.

Never quite got that old maxim. The meaning was clear, sure, to guard your tongue because little kiddos have supersonic hearing about anything you don’t want them to hear. But honestly, I’ve never seen a tea pitcher with protruding hearing apparatuses, have you? (Turns out that “ears” were what the medieval English folk called handles. Go figure.)

Anyway, my little grandpitchers recently proved my theory incorrect that nobody ever listens to a thing I say.

A jump rope from our game closet somehow found its way into the middle of the kitchen for me to step over, prompting me to pause, chuckling, while refilling water cups, to ask my three visiting grands, “Hey, have I ever told you my jump rope story?” (They love my stories.)

Upon receiving a negative response, I reprised a memorable childhood scene that I thought you might enjoy too. Here goes.

It was a warm Florida Saturday in early October when I was six years old, playing Cowboys and Indians with my best friend, Robert. He was five and lived on the dirt road just behind ours in the rural neighborhood of my childhood. We were surrounded by piney woods on three sides and a swamp on the other. 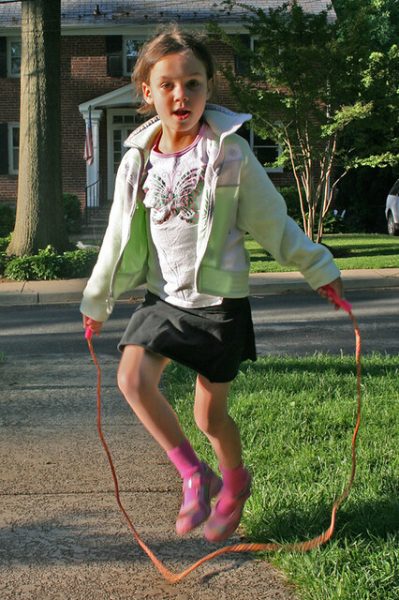 At the moment, Robert was the Indian (he got to wear the coveted feathered headdress) and I was the Cowboy (stuck with the holey red straw cowboy hat), so he captured me at suction-cup-arrow-point, confiscated my toy holster and black plastic pistols, and tied me to the big oak tree in his front yard with a jump rope. Just as Robert finished tying the knot wrapping my arms tightly around the tree trunk behind me (and Robert was a boy scout in training so his knots were slick as snot), we heard an odd r-r-r-r-r-r-r-r noise.

We looked at each other in puzzlement. Why was someone rattling a baby’s rattle out here in the yard in the middle of the day?

At the same instant, a movement at my feet caused us both to look down as a coiled diamondback rattlesnake swayed it’s head side to side like a cobra about to attack, its bone-colored rattles r-r-r-r’ing away in warning of its deadly intentions.

Without a word, Robert turned and bolted inside the house, leaving me to face the music alone. Living where we did, we knew about lots of dangerous critters but I’d never been this close to a poisonous rattler before. And I do mean close. I could have stretched out my flip flop and petted it.

Staring into the rattler’s black, bottomless eyes, I somehow knew instinctively to freeze. Maybe, just maybe, if I didn’t move, he wouldn’t either. At the same time, I broke out in a cold sweat and started shaking from head to toe. My body was jerking around without my consent.

There we stayed, locked in our terrifying standoff for what seemed like hours.

In reality, it was actually only about thirty seconds later when Robert burst out of the house screaming war calls at the top of his lungs (he did his Indian headdress proud that day!), followed right on his heels by his mother, Miss Pansy (no kidding – her name was really Pansy), wielding the only weapon she could find. It was a broom. 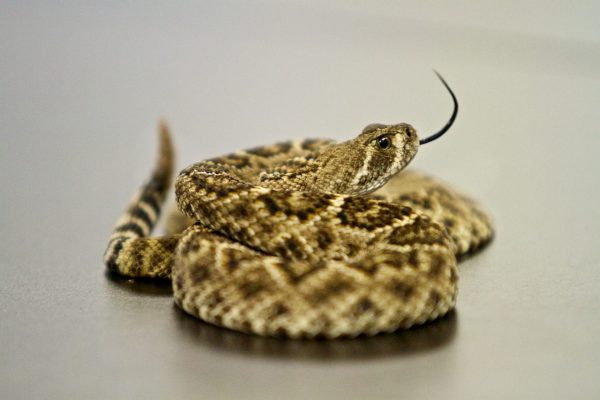 Even as a six-year-old, I remember thinking, “Are you kidding me? Don’t these people own an ax?”

So like a suburban female Don Quixote armed with a broomstick instead of a sword, Miss Pansy rushed out to fight her windmill. Only this windmill had fangs, venom, and a nasty disposition mean as a … well, as a sssnake.

I stood there tied helplessly to the stupid tree as this brave woman skewered the center of the coil of snake at my feet with the broom handle, then in one fell swoop, as if she had practiced it for days, heaved the reptile’s body a pretty good piece down the yard (hey, bonus points for anyone who remembers which of my books I used this exact snake-tossing feat in – mention it in the comments below and I just might have to send you a prize!).

Then Miss Pansy proceeded to beat it to death with the broom.

That poor snake appeared pretty dang dead after the first 20 whacks but with a vengeance that surprised the snot out of Robert and me, Robert’s wild and crazy momma gave it another 20 whacks for good measure. The thing looked like a reptilian jigsaw puzzle when she got through with it. Goes to show you we shouldn’t put too much stock in names; she should have been called Miss Godzilla instead of Miss Pansy.

Neither of us ever gave Robert’s ma a hard time after that, let me tell you. If Miss Pansy could do that with a cumbersome broom, think what she could do with a wooden spoon.

So back to the present. After I finished regaling my grandpal audience with my story, I picked up the jump rope from the kitchen floor and asked them to go put it away before I got an opportunity to practice my double black flip.

About ten minutes later, I realized I hadn’t heard from them in a while – they’re six-year old twins, you know – always a bad sign when they’re too quiet. So I went searching and found them in the den, the boy with a turkey feather rubberbanded to his head and the girl wearing my way-too-big cowgirl boots and straw fedora, tied securely to the back of a chair with the jump rope. At her feet was coiled a belt with the buckle gaping open very much like the mouth of a snake.

I’m having a hard time getting their mother to laugh with me about the creative games of children, especially when they attempt to tie their school chums to utility poles. But at least I know that someone actually listens to me now and then.